Making Sure Your Flat's Front Door Is As Secure As Possible 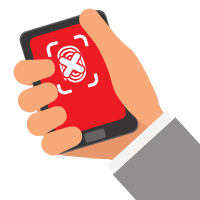 Home security is a super important subject. No one wants to face the prospect of having their home invaded by intruders. This blog is here to bring some info about how a locksmith can help you to secure your home. We will be looking at subjects such as installing deadbolt locks, security doors, and fire-proof safes. We will also be looking at key technology which can help you to keep your property secure. While we aren't experts when it comes to this subject, we have done a tonne of research into this topic. We hope you enjoy reading this blog!

Making Sure Your Flat's Front Door Is As Secure As Possible

A detached, free-standing house is home for most Australians. But it's not as though it's a tiny percentage of the population who live in flats. According to the 2016 census, 10% of the population (or 2,348,434 people) live in flats. Home security in a flat can be different from a house, but just how secure is your flat? If you've ever thought about boosting your flat's security, there are some easy ways to achieve this.

A key aspect of flat security is whether or not your flat has a separate street entry that must be accessed before someone can gain access to your actual front door. While you might not have much control over the level of security your building has, a separate street entry that requires a key or a code is a great first line of defence against potential intruders. You can do your part by making sure that you don't buzz in anyone who you don't know. But what about your own front door?

About the most effective way to reinforce your flat's front door is by ensuring that your primary deadbolt is up to the task. While an older, and potentially weaker deadbolt should be replaced, any deadbolt can be bolstered with an upgrade to its strike plate. The strike plate should have long anchor screws (which attach to both the door and the doorframe). The further these screws extend, the harder it is to tamper with the lock. It also makes it difficult to force your door open with brute force. Additionally, you should install a strike box, which houses the deadbolt when extended. This strike box again makes it difficult to tamper with the lock. It's a very simple job for a locksmith to install these items.

Another addition you should consider is a sash jammer, which can be fitted to both doors and windows. When used, the sash jammer's arm is secured over the door or window frame, immobilising the entirety of the frame. It's basically a secondary lock that can be used in conjunction with your deadbolt. Sash jammers can only be used when you're safely inside, but once that arm is locked into place, nobody will be coming inside unless you let them in.

Although you might not have much control over your building's overall safety measures (but you should certainly raise any glaring shortcomings with your body corporate), you can certainly make sure your own flat's front door is as strong as it can be.